The Day Dylan Got It Right

Listen to the story on NPR’s: All Things Considered

Ever have a great run of great ideas — one after another?

Bob Dylan did. In a span of 14 months — from January 1965 through March 1966 — Dylan created three classic albums in a row: Bringing It All Back Home, Highway 61 Revisited and Blonde on Blonde. As you might imagine in such a flurry of activity, a lot of ideas never made it out of the studio.

This week that stockpile of rehearsal audio, studio chatter and alternate versions of songs is being released for the first time. It fills six CDs (and an interactive website) in a set titled The Cutting Edge 1965-1966: The Bootleg Series Volume 12. NPR’s Don Gonyea is a big Dylan fan — and out of all that material, he zeroed in on one song and its surprising evolution.

I don’t recall the first time I ever heard “Like a Rolling Stone.” I was probably a kid in Michigan with my transistor tuned to AM radio powerhouse CKLW, not long after the song came out 50 years ago.

Bob Dylan’s new compilation, The Cutting Edge 1965-1966: The Bootleg Series Vol. 12, comes out Nov. 5.
FIRST LISTEN
Review: Bob Dylan, ‘The Cutting Edge 1965-1966: The Bootleg Series Vol. 12’
There’s that opening drum beat. Then the organ. Then that voice. But this is no once-upon-a-time fairy tale: There’s imagery and vitriol in the lyrics, a take-no-prisoners toughness to the sound. Now, with all of these previously unreleased tracks, we get to join Dylan and the studio musicians from his first fumbling attempts to nail the track. They worked on “Like a Rolling Stone” over two days in June of 1965 at Columbia Records’ Studio A in a New York City.

They first attempted the song as a waltz. How does it feel? Well, it feels wrong: Dylan’s voice breaks, and he’s unsure of the words. Al Kooper was one of the musicians at that session — and when I invited him to come by NPR to listen through the alternate takes, he heard this one and immediately started shaking his head.

After struggling to make the words fit a time signature that won’t yield, the crew calls it a day. Overnight, a decision is made: Play it in 4/4.

The Soul Of The World’s Most Expensive Violin 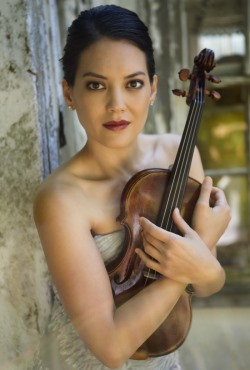 Listen to the NPR interview with AAM here.