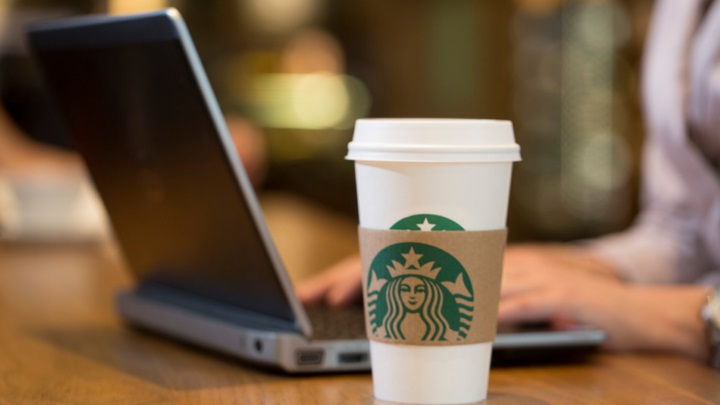 For the past several years, McDonald’s has been trying to make the case that its coffee is as good as Starbucks. While the jury is still out on that, a new report gives Starbucks the nod for faster Wi-Fi.

Open Signal, a firm that tracks data about public networks, reports that Starbucks averages 9 Mbps for downloads, making it the fastest among the major United States chains it tested that offer free Wi-Fi. That comes thanks to a deal with Google last year that has nearly doubled the speeds that former partner AT&T provided: 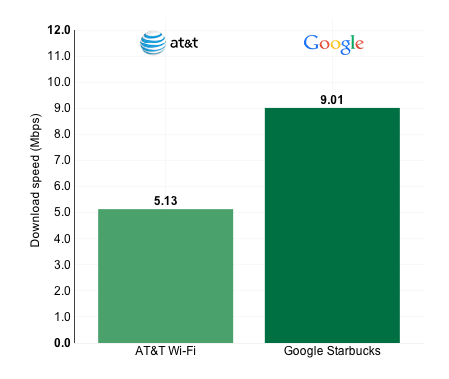 Looking at other retail establishments, OpenSignal found robust signals at McDonald’s, which beat Best Buy, Dunkin’ Donuts and Lowe’s, among others: 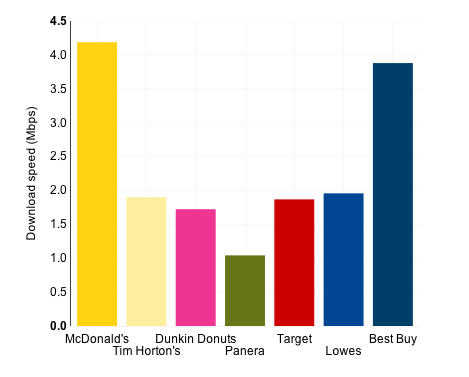 For some, the free Wi-Fi at McDonald’s is a blessing. The Wall Street Journal reported last year that in rural areas where broadband is scarce, students use McDonald’s as a supplement to their libraries’ free Wi-Fi. McDonald’s rolled out free Wi-Fi in 2010 for customers, even those that didn’t buy any food. Starbucks followed suit the same year.